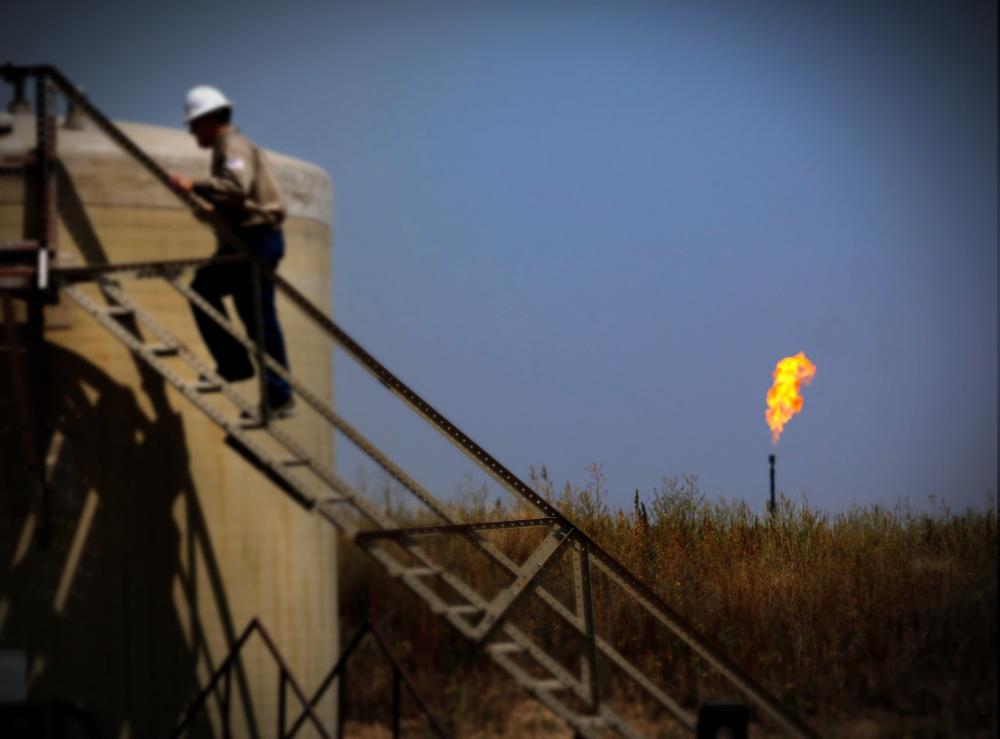 [Editor’s note: This story originally appeared in the February 2020 edition of E&P. Subscribe to the magazine here.]

Jennifer Presley, Hart Energy – 02/20/2020 | A pilot project will convert stranded methane gas flared from oilfield wells into hydrogen for use as a clean fuel source. Natural gas, as the cleanest burning fossil fuel, is the needed bridge to carry the heavy load of the global energy transition underway. However, natural gas for some is perceived as the invisible climate menace.

“One of my concerns is that gas is being increasingly marginalized, even vilified and demonized,” BP CEO Bob Dudley told attendees at the 2019 Energy Intelligence Oil and Money Conference. The challenge of methane leaks and flaring must be tackled, he noted, adding that the “gas itself can and must be increasingly decarbonized.”

The leaders of the Navajo Nation Oil and Gas Co. must have heard Dudley’s call, as that is exactly what is planned as part of a pilot project located south of Bluff, Utah. In late November 2019, the E&P company announced that it had signed an agreement with renewable energy companies H2Go and Big Navajo Energy to convert a wasted stream of methane gas flared from its Tohonadla oilfield wells into hydrogen, according to an article from The Associated Press.

The project is still in the design phase and when operational will initially process 600 kg of hydrogen per day, according to the Utah Governor’s Office of Energy Development. The ultimate goal is to capture all flared methane, an estimated 80,000 cf/d, to turn into a steady stream of revenue for the tribe, according to a KSL.com article.

With hydrogen selling for $13 to $16 per liter at the more than 40 fueling stations across California, according to the California Fuel Cell Partnership, the environmental and economic benefits of the operation will be immediate for the region.

I will admit that upon pausing to consider the use of hydrogen as a clean fuel source, the Hindenburg did pop forward in my mind as a reason to stick with good ol’ fossil fuels. However, the technology has come far since that ill-fated Zeppelin ride of 1937.

The Apollo 11 mission of 1969 that put the first man on the moon relied on a hydrogen-powered fuel cell system for electricity, water and the liquid hydrogen needed to fuel the rockets. Building on that knowledge, hydrogen fuel cell technology has advanced significantly, with it being increasingly used in vehicle fleets.

And some 50 years later, Nikola Corp., a designer and manufacturer of hydrogen-electric vehicles, energy storage systems, hydrogen stations and more, is helping to transform the commercial transportation industry. In November 2019, Anheuser-Busch made its first delivery with one of Nikola’s hydrogen-electric-powered semitrucks and has an order for 800 of the zero-emission trucks in its goal to reduce 25% of its carbon footprint by 2025, according to a press release.

While some may consider the initial step of processing 600 kg/d of hydrogen as “one small step” onto the energy transition bridge, pilot projects like this one by Navajo Oil and Gas Co. are “giant leaps” closer to a cleaner environment.

It also is a giant leap in demonstrating to the public how gas isn’t the villain that the anti-industry activists would have the world believe.